And another so called summer fades away and drifts into history. Memories of that hot summers day ( Just the one?) when the sky was cloudless blue and the boat carried an aroma of sunscreen and perch, overlaid with a tinge of roach slime and pike fade away as the chilly reality of cold mornings creeps slowly upon us..

When days shorten and winter knocks on the door both we and the fish change our habits, and while we anglers might dream by a fireside somewhere, the perch have moved out into deeper water to be left alone alone till next year. On the river the trout are feeling randy and are either thinking about or have started spawning up on the higher reaches of the tributaries, while down in the deeps of the lakes the pike are settling into their autumn feeding session before the rigours of winter make life difficult. ….

Meanwhile, back at home I’m looking forward to the last fling of a month of specimen pike fishing on Windermere before lifting the boats off at the end of November for refurbishment, repairs and a sort of a rest for me. But it has been another interesting season and while some of the dreams and plans hatched over the dark days of last winter have come true. Others are in the drawer marked ‘unfiished business’ .

This is where the steel head wait, along with some good salmon fishing days, another four pound perch and that thirty pound pike from a wild untamed water not stocked with trouts on a daily basis! Now some might think this is also the home of the tooth fairy, the easter bunny and santa but we all like to have a dream. They might not come true but if we never try we’ll never know and as with many aspects of life it is good to have something to aim at.

So, with a replacement engine on the Beagle, a freezer full of suitable baits and the usual optimismI saty tarra to the summer fishes and hello to what Mr Crabtree called the fishes of winter and especially Mrs Pike.

Heres a few surprises caught in the few weeks and apologies if one was by me on a demonstration cast.

Take care and who knows, perhaps soon, Brexit might be a thing of the past and politicians can get back to running a country. Or that another for the Drawer? 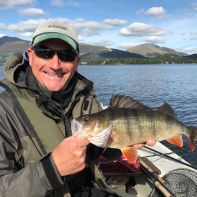 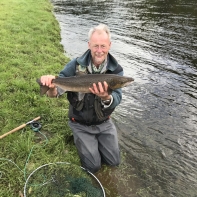