You know the feeling when you are back after a week of almost solid fishing in somewhere special…”last week at this time” and all that. Well forgive me but this is going to be one of those. .. AS regular readers know I’ve been going to Loch Awe for a few years now, usually around the end of April, and generaly to Ardbrecknish House where we have a great time and catch more than our share of good pike from some favourite places. This year for a change and later in the year, we went down to the Ford end of the loch where there’s lots of standing stones, minimal phone signal and tales of good fishing. Its a long drive down the coast to Lochgilphead, and then on to Ford, but on the first of several sunny days it felt good to be trailing the Doghouse up the road in the start of a weeks worth of sunshine. For another break from tradition we’d decided to spend time looking for other fish as well as pike this trip and in spite of the roach busy spawning in thousands under the bridge at Ford, and more or less wall to wall sunshine every day, we had some great fishing. I’m not really into scores on the doors and all that but the location was stunning, the fishing was as good as an angler could wish for, the weather brilliant and the accommodation ideal.

Over the week the lads and I met over sixty pike to 17.6, lots of perch over 2 lbs , plenty of roach and some of the best hill loch trout fishing I have ever experienced. Nice thing was they came to a range of methods and in the most tranquil of settings. Andy Mac came out tops with twenty something pike including the best of trip , Phill Done and I had a load of trout from the hill lochs where we fished three lochs in a mini heatwave and still had over thirty beautiful wild trout on skated dries.

Meanwhile elsewhere in Argyll, the secret of the Amazon is out…. Imagine a small river, a stretch of slowly flowing water partly overhung with trees, partially blocked by branches, where shoals of roach and perch drift past the boat and double figure pike lie visibly waiting against the reed beds. Beyond the first bend, trees seem to close off the canal but reeds sway in the distance, and the canal opens up into a slow bend with a tree fallen branches deep into twenty feet of water.Somehow there is an instinctive quiet falls on the angler in places like this and whispered stillness becomes the default setting for comments… For a while it was enough just to be there but then the pike took over. And of that…and what lay beyond the next willow hung corner, you will just have to wait. Years probably because some places are best left alone …till next time. What I will say is that I cannot wait to go back as much as anything for the fabulous trouting up there as well as the pike, but they are all great fish. I had a 13lb pike on a fly in Ford bay and it went like stink, the perch have the same attitude problem, and the trout don’t give up either….What a fabulous place. Then back home for a day of 22pike on the fly with Phil Southers.!! 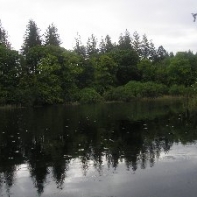 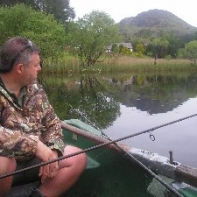