There is an old proverb from somewhere way out east which goes along the lines of ‘may you live in interesting times’ and we certainly do that these days. Just one week on from the geological flood events which left much of the Lake District under water or washed away we had six inches of Snow! As they used to say in the Beano aaaarrrgh!

So as of now, there are dozens of road bridges closed or unsafe, tons of mountain rubble strewn across paths, roads and rivers, and boats left high and not so dry in trees at the back of several lakes. Fortunately I lifted the Beagle off Windermere before the water came up and this afternoon I finally managed to get at the Doghouse. To my delight and huge relief, apart from a healthy patina of mud and a few bits of rubbing damage she seems ok so I went for a row around to look for the missing oars. Even though we are well over a week on from the storm the lake is full of suspended silt and the tide mark left at the maximum water height was simply astounding. Trees across the bay have the usual heaps of black plastic hanging somewhere around fifteen feet up in the air, while the place where we usually park the cars at the top of the bank overlooking the little harbour would have been three feet underwater and somewhere beneath at the peak, was the Doghouse. How she survived I can only assume that by sitting full of water gave the old boat some stability in 90 mile an hour gales Best of all was a biggish pike that was resting on the edge of the clear water where Dash beck runs in. It shot off when it saw the boat but it was very reassuring after all the carnage of recent days.

On a more practical level, reports and rumours from the Highways Agency make worrying news though as the road closures mean huge detours for many local folk and the road from Keswick to Windermere via Dunmail Raise may be closed till Easter or beyond. This might mean a round trip via Ullswater and Kirkstone pass or a re schedule of Windermere fishing to other waters but that is a bridge to be crossed nearer the time. I’ll keep you posted.

Otherwise, this may be the last update till after Christmas so have a good one, stay safe and look after those you love.

For those into the social media thing we do now have ‘Hemmingways Angling Adventures’ page on Facebook, which gives folk a chance to report back on trips out, and gives me the opportunity to be a bit lighthearted!

So take a look if you get bored, let me know what you think and keep in touch. 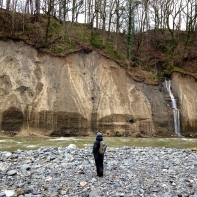 There were trees and trout here- Greta above Low Briery and that is a fully grown adult! 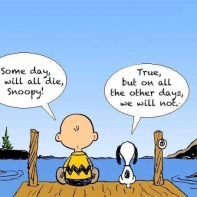 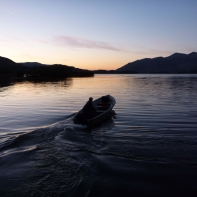