I always assumed that when I reached a certain age (like now), that life and the world would be a better place but now I am not so sure…

Even if we ignore politics, flannel and media nonsense, who would have thought just a short year ago that we would all be wearing masks in public places and being somehow wary of everyone we meet , just in case they pass on one of  the strangest diseases on the planet. And I haven’t been in a pub since March!!!

On the bright side, at least underwater in the world of fish all is more or less the same. Yes, there are more anglers around as  folks during ‘lock down’ have discovered there are more important things in life than earning money, and the much publicised shock discovery that being out in the natural world is good for us all has meant I am having to tell a lot of folks that they can go fishing, but just not with me. This is unfortunate, because mostly I love what I do and meet some fine folk from all walks of life but I am turning away more work than I ever imagined. But generally,  the fishing has been good. It would seem lock down was great for our wild and natural world with fish able to go about their business without interuption from anglers . The salmon fishing on many of our rivers is better than for many years and the trout have been thriving. On the lakes though the fishing has been tricky at times, after a slow few months the bigger perch are beginning to put in an appearance. We had a day of ten two pounders yesterday amongst plenty of smaller ones and lost a very big specimen this morning when the hook pulled out as the ten year old almost captor tried to ease the fish over the landing net. We all saw it and it was huge!!  Which reminds me …as well as managing to be back up and running with my usual clients, I am back to doing a few parent and child days again so although it is not quite business as usual it is business as best as we can. All the kit is sprayed down between sessions with anti bacterial ‘snurge’ and the rods and reels have never been cleaner.

I even managed to get out with two fairly distinguished anglers the other week- part of the next series of ‘Gone Fishing’ with Bob Mortimer and Paul Whitehouse to be broadcast in the autumn of 2021. I’ll not tell you how we got on ( official secrets and all that) but suffice it to say there were a few interesting moments and yes we did catch a few fish!

Meanwhile the joys of autumn fishing are round the corner with salmon and a few of Windermere’s finest pike hopefully waiting in the wings. I’m down on Windermere in October this year and winding things down in November as it has been just too wild and brutal over recent winters. Besides which the old aches and pains get worse with the passing seasons, and in spite of John Baileys’ supportive words of my medicinal advice for ageing anglers in this weeks Anglers mail, bits of me still hurt.

But that’s all for the moment, so stay safe and stay well. 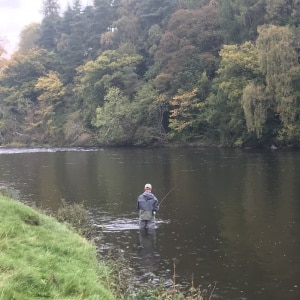 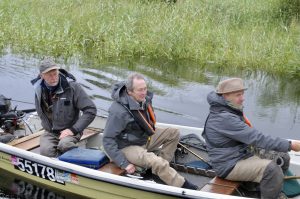 Guess who I had in the boat the other week? 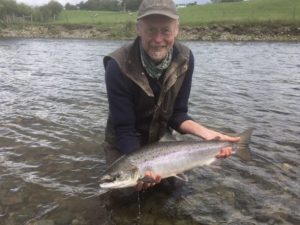 and what does a guide do on a day off…this one does this!