It a New Close season….


And not just for the fish it would seem. These are very strange days indeed and here in the Lake District we are in hiding and taking up veg planting, just in case. I have great sympathy for all who relish the spring and the lengthening days but are trapped indoors for their own and others safety. But we will get through this, although the world may be very different at the other end and many of us will have to be strong.

Anyway, enough of the deep stuff, “what about the fishing ?” I hear you ask. Well, here’s the bad news- there is none!  Official advice is that angling is not exercise,…nah, really…gosh.and so we can’t even go fishing for therapy.  But I did get out occasionally  before this epidemic arrived. Mind you,after the wettest February in memory, we only had five days of fishable weather before I lifted the Beagle off Windermere much earlier than usual.  Just before the Doghouse was due to be returned to Grasmere in March a feeling of Spring was in the air, then the pandemic stepped in and within a very short few weeks, the world turned itself off. I have always said there is a balance in life and Nature has its way in the end, so perhaps this might not be such a bad thing in the long run, but at the moment it does feel as though I am in a sci -fi movie. And I don’t  like some of the possible endings!

So, unless the food runs out, fishing is off limits at present and folks are viewed with caution and distance..The world seems a strangely subdued place with only wind, birdsong, sheep and the occasional  delivery van making any sounds.  In the evening after the Blackbird calls curfew, an unfamiliar quietness settles over the land, as the noises of humanity fall silent, closed down . All of which is a bit of a sickener as I had an interesting year lined up.  No big trips or anything grand, but amongst the pike and perch fishing days I was also looking forward to few weeks salmon and trout fishing with some good anglers at the right time of year.  Not to mention the Chew valley Pikers  on Windermere and a week of potential laughter and mayhem sharing a boat with Paul Whitehouse and Bob Mortimer for BBC2.

And instead, we get Corona Virus.

So while we do have a new updated web site, (thanks KCS) most of the foreseeable fishing future would seem to be on hold. But once I get the hang of this new system I intend to post a few more bits of stuff to read. Mostly fishing stories but a few other ones as well. Till then though, stay careful and safe. Look after those you love and we’ll wet a line once this is over.

ps. last Friday before shut down, Andy Mac and I had a day out in his boat- ‘Fair do’s’ Not often we get it right but seven upper double figure pike, sunshine and laughter. 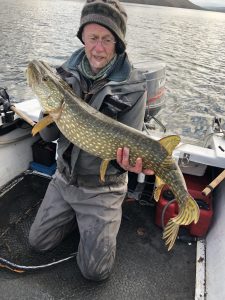 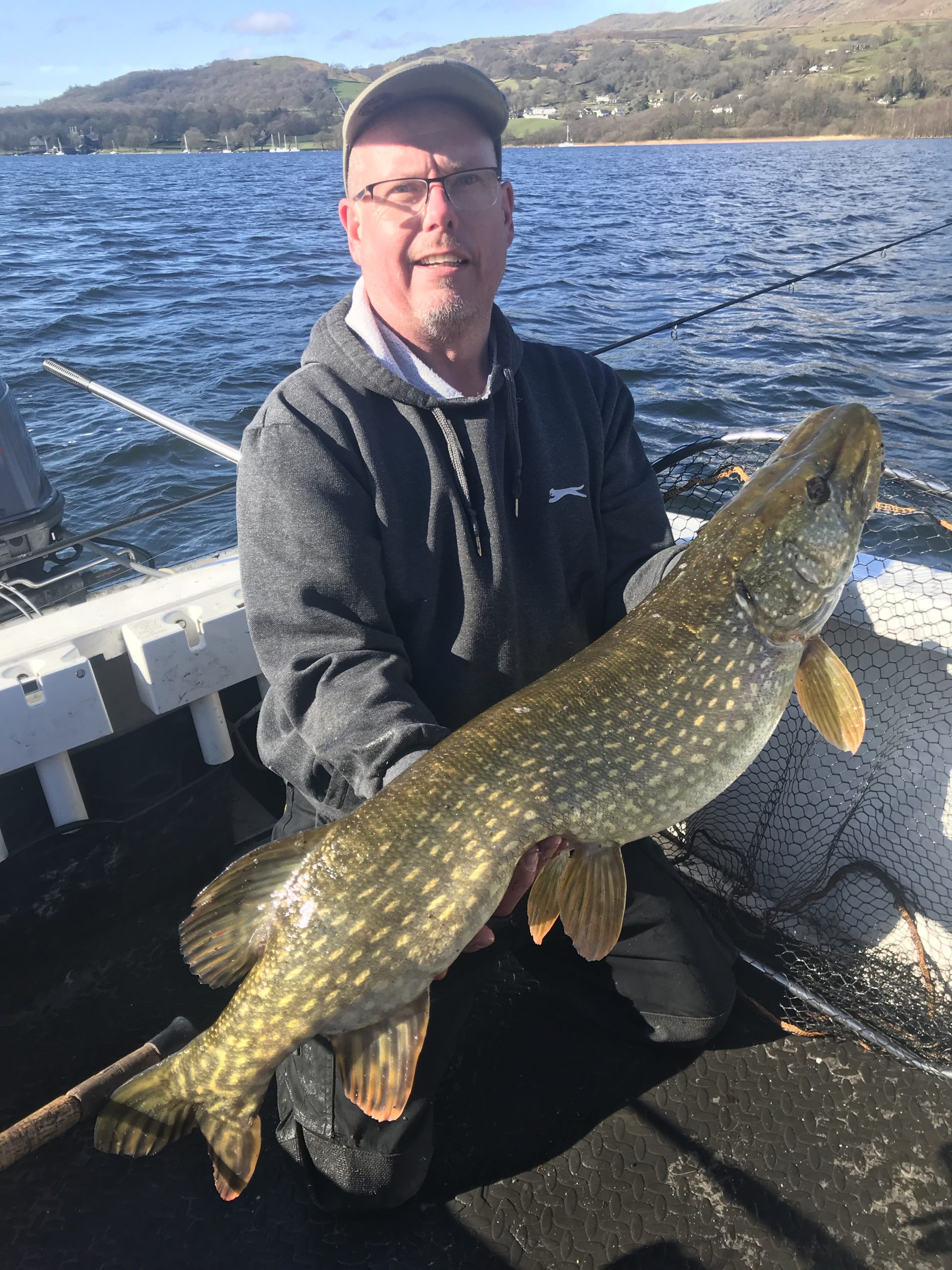 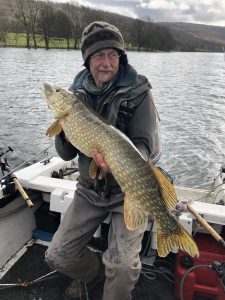