Hello out there in browser land. HUGE apologies to my regular visitors for lack of updating the catch this section of my web site. Not my fault, but all the phone lines and internet connections were cut up by contractors digging deep a few miles away just before Chistmas and took three weeks to sort!

Mind you we did have a quiet Christmas and new year in that respect, although fifteen sitting down for Christmas dinner was a bit hectic and I had to hide for a while in the rod room with a festive dram!.

As to the fishing though, in a word I haven’t been out much as this is the time when all the boats are back indoors for repairs and refurbishing. Along with hatching a few plans for this next year I’m busy writing and working in the barn sanding, filling, fibreglassing and varnishing. The orginal ‘Doghouse’ that sits on Grasmere was in dire need of a new quarterdeck (that wooden bit at the front) and tracking down good marine plywood in the Lake District is not as easy as you might think. However once finished, all the boats should be as good as new. Just the big engine to service and fit the new winch console on the Beagle and we are ready for the spring fishing on Windermere. I know I have said it before but I really look forward to the early sessions on the big lake. Knowing the potential for a few bigger than average pike is a really exciting prospect and although some days can be a real test of endurance, when that float twitches, bobs again, then stands up and slowly moves away pulled by an unseen pike of immense proportions the moment takes a lot of beating.

Otherwise, I’ll have a look out for a Grayling or two over the next few weeks- the Eden has been settled in nicely for a while and although we haven’t had many savage frosts I hear the fish are shoaling up in good numbers. I’ll keep my fishing grandkids occupied for a few hours trotting something down a nice easy run and it stops me getting cabin fever!

So there we go, a belated Happy New Year and I hope Santa brought you something useful. 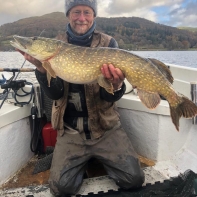 a few of these would be welcome 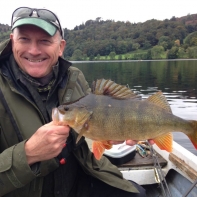 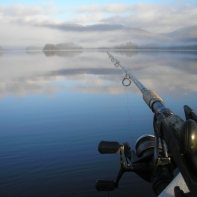 faiiling which I'll just gaze down the rod